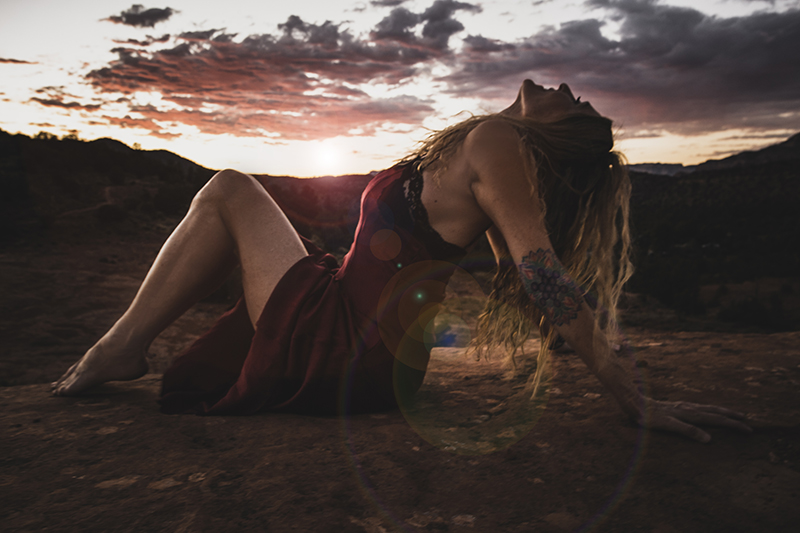 It’s about knowing who we are.

With each, there’s kind of like a brief description—and I’m just really touching upon the briefest of descriptions here.

We are often a composite of all of these, with one or some dominating. I invite you to read about the different types and see what resonates with you: in some we may relate more to the shadow, in some more to the general description and in some, the superpower.

An energetic is somebody that needs a lot of space. So it’s not somebody that rushes right into a physical encounter. It’s somebody who—and again it’s not just in the bedroom, this is in life in general—tends to come from the heart first. Who loves anticipation, tease and energy building. Who loves the anticipation almost more than the actual act. Sometimes—let’s say that there’s a kiss that happens quickly—that’s too much for the energetic.

The idea of the kiss… ah, that’s tantalizing.

One of the super powers of the energetic is that they can go into transcendent states in a sexual way. And they can also have orgasms without being touched, they’re so sensitive to energy.

The shadow side is they can short-circuit. If somebody comes in too fast, goes straight for the genitals. They can also be judgmental if sex isn’t spiritual or their partner isn’t vegan. 😉

When I learned that my primary was Energetic it was actually really healing for me because I would short-circuit. I thought that there was something wrong with me due to sexual abuse as a child, that I was broken. It was such a relief to find out that, “Oh… this is just my blueprint.”

S​o, for me personally, this was a wonderful discovery and incredibly healing.

You get to know yourself better.

Whether you’re in relationship or not. Some of my clients are not in relationship. It doesn’t matter. You discover more of who you are when you learn what your blueprint is. And you get to embrace that.

And then, of course, if you have a partner or at some point you get into a partnership now you can share with them, “This is what works. This won’t work for me.”

If a partner to an energetic just rushes in, the energetic will have a tendency to short-circuit. You can imagine if someone were to lean in to kiss an energetic too quickly, and they unconsciously flinch, that the other person could take offence. They could think, “Oh, why are they repelled by my kiss?”

W​ell, now they don’t need to be. They don’t need to take it personally; they can understand where it’s coming from. We can build a bridge of understanding and compassion and then want to speak each other’s language if we’re in partnership.

Once we know what we are and we can communicate, we choose—if we want to—to start expanding into another blueprint.

Sensual is exactly how it sounds.

It’s somebody whose senses are alive, and they love beauty. Again, it’s not all just about sexuality. It’s about beauty in the room: they love music, they love the candles…

A sensual is going to create a beautiful environment when they come together with their partner or maybe even for themselves. They love massages, oils, food… one of the things about a sensual is that they derive enormous pleasure from life, itself.

We change blueprints depending on where we are in our lives, who we’re with, or what we’re expanding into.

For me, my sensual is now higher than my energetic. And I think because I embraced the energetic and I came to peace with it, it’s still there, but now my sensual has kind of blossomed. It was already there; but as a shadow.

So, with sensuals, they love to be close-bodied. Where energetics love space, sensuals just love hugging and having no space between each other’s bodies. They can feel like they want to crawl into their partner/lover’s body.

O​ne of the super powers of the sensual is what I already described: they can experience incredibly, full bodied pleasure… and not just from what somebody would equate as sex. It could be somebody sucking toes or it could be eating chocolate mousse, and they’re like, “Oh my God…”

They can be fed in so many ways.

T​heir shadow side is that they can get in their head.

For example, if there’s laundry on the floor, they can’t pay attention to their partner because they want to get the laundry off the floor. Or the music’s too loud. Or their partner’s breath is a little stinky. So they can get turned off by smells, sounds visuals and the like. They want everything to be lovely and beautiful and nice, right?

N​ow, stereotypically, in our culture, we think of women as being sensual. There’s that kind of pigeonholing. So what happens, for example, if a woman isn’t sensual, and she’s the next blueprint—sexual—she can have shame because she doesn’t fit the stereotypical blueprint of a woman.

The stereotypical blueprint for a man is sexual.

Those are, in part, the super powers, as well. There’s no problem getting it on. Sexuals can go from 0-60 in a very short amount of time.

The shadow side for the sexual is they can be a bit too simplistic. The energetic might need a little more stroking lightly or anticipation, the sensual might want to get the room set up and the sexual, they’re like “Oh my god, can we just get it on already?”

If a man is, for example, energetic and not a sexual the way they’re pigeonholed, you can imagine an energetic man feeling ashamed or wondering what’s wrong with him.

S​o knowing what our blueprint is, is so powerful for us.

Yet, it’s whatever is taboo for us. Take a couple that’s always made love for the last twenty years in missionary, and she gets on top… that’s kinky.

It’s where we are with our taboos.

N​ow, there are two kinds of kinky. There’s psychological. That’s a lot of fantasy play, whether it’s just internally or actually playing it out.

And two, it’s sensation based. It’s like slapping and hair-pulling and scratching and that kind of stuff.

The super power of the kink is that they’re so creative. You know, they could just play and play in lots of different directions. Fantasies for years to come, and so on and so forth. They can experience kind of transcendent states and also high arousal to orgasm without even being touched.

T​he downside of the kink is… shame.

People often feel incredibly shameful about their kink tendencies. They can also get stuck in a rut. If they find a turn-on—let’s say they like to get tied up—then all of a sudden, they can never get aroused without being tied up.

When I said that Jaiya believes that fundamentally we’re all of them—it means deep down inside without the conditioning, without the imprinting, without the experiences we’ve had in life. And… some people actually are shapeshifters. That is they love to flow between all the types.

Sometimes a shapeshifter can have the shadows of all of them, as well.

It’s not always a great thing, you know?

I​t can be the blueprint that is the most sophisticated, sexually.

They can play in every one of the blueprints but the downside for them is that, because they are so sophisticated, they can cater to everybody’s blueprint. They often get starved themselves. Because they’re giving and not being fed. They could go for hours and hours and hours and their partner is done in 30 minutes.

But they don’t typically voice that. They feel like they can be too much. Maybe they’ve been told that: “You’re too much.” They’re just getting started and their partners are winding down for the night.

Make sure to email me with your results and I’ll be happy to go over them with you!