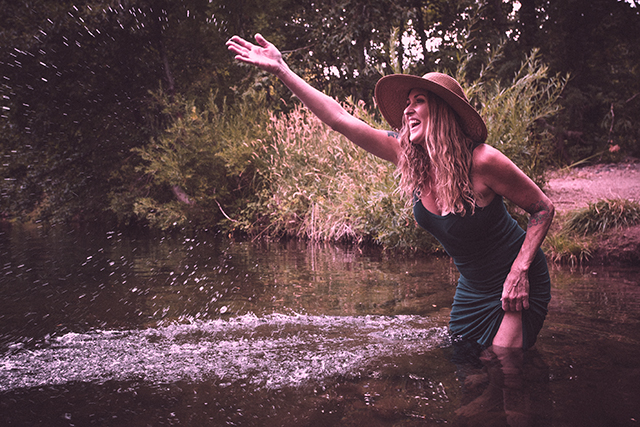 Do you really need to have one?

I keep having people tell me, “You need to find your niche.” It’s a classic marketing thing.

And you know what?

I grew up with a mostly masculine family.

I have two brothers and a father, so of course it was just my mom and me on the feminine side. And as a result of having grown up in this mostly masculine family, I have a real ease in talking to men. I really love working with them.

A while back I had very few men in my breathwork circles. At the time, I was doing them weekly. All of a sudden I just woke up one day and knew that I wanted to do breathwork for a men’s group. So I reached out to this men’s group that I knew and the facilitator pooh-poohed the idea.

He said, “The reason we’re in a men’s group is because we need to really bond with men, and we might have issues with women. We feel safer within the men’s group.” And I said, “Well, isn’t that all the more reason to have the opportunity to experience what it’s like to have a safe relationship? In this case facilitation with a woman?”

And it was just so interesting to me that he would reject it initially.

Then he came around, because he asked all the men in his group, and they all unanimously said, “Yes, let’s do it!” So, I facilitated a breathwork for them. It was just phenomenal and they loved it. They felt safe with me and I loved it, as well.

And, so I’ve really loved working with men.

My most recent passion has been to work with couples.

So, that’s my latest passion.

And I don’t want to give either of those up, right? Just to narrow it down (to find a niche).

I love being a woman!

I would love to inspire women, in a way that I would have loved to have been inspired when I was younger. Younger girls, or middle-aged women, or what have you. It doesn’t really matter the age.

A lot of my journey has been about really being at peace with the feminine, which is in part due to my upbringing. And I feel that at this point, I love being a woman, absolutely love it! I love the balance of the masculine and feminine, but I really love being a woman. I have kind of an exuberance and am pretty at ease in my body and in myself. It doesn’t mean I don’t have vulnerabilities; I definitely have those. But, there’s something to be said for the work that I’ve done over many, many years. I’m pretty comfortable in my skin and pretty open when I’m not comfortable in my skin, which, of course, leads to being more comfortable in my skin 😉

I really want to inspire women.

When I was younger, I had an eating disorder as a teenager and stopped that just cold turkey… stopped it on my own in my early twenties. And that’s no easy feat, because you can stay away from drugs or alcohol to the best of your ability, but you have to eat, right? But I cold turkey stopped it.

A long journey of letting go.

I spent a lot of my younger years with a lot of self-hatred. I hated my body. Perhaps it stemmed, in part, from some sexual abuse early on in my childhood. But it also was due to the patriarchal attitude towards women in my family and the culture and their bodies and their roles. I really carried a lot of self- hatred towards my body, even after the eating disorder—after I stopped doing that. It’s been a long journey of letting go of that. And now I think back to those times when I was so down on myself, on my looks and my body and I just think, God, what a shame. If I could spare somebody else from feeling that, because I look back at the pictures and it’s like, “Oh baby, you were beautiful.”

But I spent many, many years really disliking my body and staying away from mirrors.

So, be sure to watch for part two to this blog where I share what that epiphany is and what that means for you, my dear reader.